Every 40 seconds, someone loses their life to suicide. On World Mental Health Day, 10 October, we will be highlighting what each of us can do to support people who are struggling and to help prevent suicide. 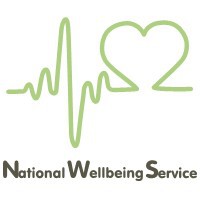 World Mental Health Day, on 10 October, is a day for us to unite in our efforts to improve the mental health of people around the world. The theme selected for this year’s Day is suicide prevention. We will begin our efforts to raise awareness of the scale of suicide around the world and the role that each of us can play to help prevent it on 10 September, World Suicide Prevention Day (#WorldSuicidePreventionDay), which has been observed for more than 15 years. Our efforts will continue throughout the following month, until 10 October.

On this year’s World Mental Health Day, in addition to events and activities taking place on or around 10 September, we are encouraging you to prepare to take “40 seconds of action” on 10 October to help us:

Put simply, this is an opportunity to show you care.

Everyone can take part in whichever way makes most sense. Your activity may be private, for example, initiating a conversation with someone you are worried about or sharing a message of hope with someone who is struggling; or it may be public, for example posting a video message for local or national authorities about action you would like them to take on this issue.

Share your messages, photos, illustrations and videos that are not of a private nature on Twitter or Instagram using the hashtag #40seconds. Include #WorldMentalHealthDay in your posts too.

World Mental Health Day is organized by the World Federation for Mental Health
This year’s Day is supported by WHO, the International Association for Suicide Prevention, and United for Global Mental Health.